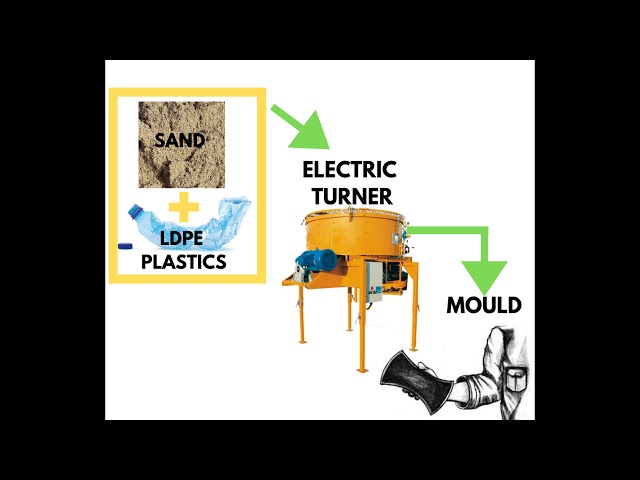 More than 70% of roads in rural Africa are bad. This has resulted in lack of visible growth and poor educational growth among rural dwellers. Without a good road, most rural dwellers are cut off from the cities. Most Agricultural foods, produced in the villages cannot be transported to the cities due to lack of roads. Most of these foods are wasted, resulting in post-harvest loss.

Also, young children are unable to go to schools in the cities due to bad roads which is one of the reasons why rural dwellers in Africa are poorly educated.

Realizing that waste generation in Africa is over 260 thousand metric tonnes daily, we design a solution that uses abundantly available plastic wastes and sand to build interlocking tiles which are used in laying roads.

The design allows the mixture of both plastic and sand using an electrically fabricated turner under specified temperature. The mixtures are then transferred into moulds for cooling and storage.

The Interlocking tiles are thereafter used to solve the problem of bad roads. The solution allows quick repair of roads due to the fact that it's easier to remove a bad portion compared to repairing a bitumen paved road.