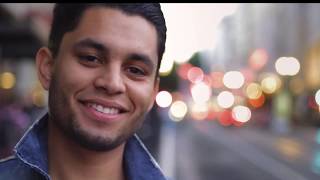 is a social project that is seeking to make spirulina a widely adopted source of protein and nutrition in the world.

we believe that this is the way to make urban agriculture viable.

The population is growing rapidly, by 2050 we’re gonna go from 7 to 9 Billions people, and lot of those are urbanizing.We believe to produce sustainable spirulina wich is micro algae, this micro algae is single cell plant that grows very fast through photosynthesis and transforms carbone of the atmosphere into nutrition, protein, and oxygen. It's very beneficial to the environment and very powerful for contribute to keep people healthy.

Spirulina keep the doctor away﻿

Produce Spirulina in heart of city?

Transforming rooftop into paradise for spirulina, using 100% renewable energy and no fertile land.Its closed system bioreacteur, we can setup the system where we need to, we can leverage it at urban farming at scale to produce spirulina local facilities and then sell it into the city. We use 50 times less water to produce 1 kg of protein in comparison to open field agriculture, we want to grow the micro-algae everywhere. It’s easy to harvest and its also fantastic nutrition profile that can support us for the nutritional daily intake we need.

Create a Paradise for spirulina

Spirulina is significant source of nutrition and protein and people in africa have even been reported to have survived time of famine consisting of spirulina diet only.

The nutritional profile is so complet that NASA and the european space agency are exploring the use of spirulina as primary food source for astronaut and long term life in space.Spirulina, also contains about the same amount of phosphorus, magnesium, and calcium asin the milk.In addition, it is a good source of vitamin K, potassium and pantothenic acid,as well as thiamine (B1), riboflavin (B2), niacin (B3), copper, iron and manganese.But what makesexceptional spirulina is vitamin B12 found there.Spirulina is gaining recognition around the world as an exceptional food source of nutrients and proteins. It grows so fast, double in mass content every two days, we can grow a lot of spirulina, we can feed a lot of people and you can absorb a lot of carbon dioxide by doing that.