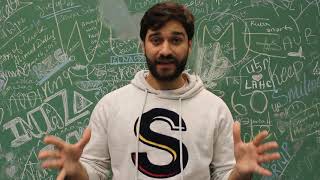 According to the UN, the world’s population is ageing: virtually every country in the world is experiencing growth in the number and proportion of older persons in their population.

Population ageing is poised to become one of the most significant social transformations of the twenty-first century, with implications for nearly all sectors of society, including labour and financial markets, the demand for goods and services, such as housing, transportation and social protection, as well as family structures and intergenerational ties.

Older persons are increasingly seen as contributors to development, whose abilities to act for the betterment of themselves and their societies should be woven into policies and programmes at all levels.   In the coming decades many countries are likely to face fiscal and political pressures in relation to public systems of health care, pensions and social protections for a growing older population.

Aging in Place and Home-based Services ‘Aging in Place’, a term adopted by UN agencies, enables older people to maximize their self-fulfillment and preferred lifestyle within their own environment.

Elderly populations are growing globally, due in large part to increasing longevity while the elderly to caregiver ratio declining drastically. With the number of moderately or severely disabled older persons predicted to increase, the increased need for assistance will be dramatic. A number of technologies available to the general public are not available to the elderly because of non-intuitive interfaces. Because living arrangements of the elderly are linked to income, health status, and availability of caregivers, the need for assistive technologies to facilitate aging-in-place becomes more prominent for researchers and legislators.

In addition, as people move into cities, the demand for healthcare services will increase. Then, we will be forced to redesign our hospital system since the limited spaces at such healthcare centers will severely affect the access to healthcare services because of the high rates or even unavailability of spaces. The only way to solve this is to bring health care into homes with the use of the rapidly advancing technological advancement in the medical devices (they’re becoming smaller, more portable, and more affordable).

Such population ageing and the improved integration of women into the workforce are contributing factors to the emergence of a new lifestyle demand where non-family caregivers are needed to attend to the vulnerable newborn and elderly at home. When seeking to hire non-family caregivers, significant portion of those families already face challenges with the two available options:

The home care industry is a highly fragmented market that is dominated by brick and mortar agencies; their logistical operations are too cluttered with inefficiencies. They still use paper timesheets and excel sheets to manage caregivers availabilities, and checks for issuing payments.

Hiring a home care agency is a relatively very expensive option and is only accessible to patients who reside in big cities, mostly Beirut. In addition, due to limited supply it is common for agencies to blindly assign a caregiver to a family without any element of choice.

Hiring caregivers independently is generally more affordable and gives families more flexibility to personally meet caregivers before making a selection. But this comes with huge risks. Finding available, nearby caregivers is very time-consuming as such families are forced to conduct their own reference and background checks. In addition, families have very little transparency as to whom they’re sending into their home, what time they arrive and depart, and how they’re treating their loved one in private.

The above mentioned challenges with the current solutions create a need for a an innovative solution that revolutionizes access to home care services.

The home care sector attracts the generally-underpaid healthcare workers and these women to work independently as home care providers such as elderly companions and childcare providers. This influx is creating big informal homecare marketplaces that are highly unorganized where caregivers are neither adequately protected by laws nor grouped in unions that protect their collective rights. The rapidly growing demand for such services, the market good payment rates, and the ease of joining the sector and working in flexible schedules are all contributing factors to growth of such marketplaces.

Coming from underprivileged communities, such caregivers often lack the higher education and/or the soft skills and knowledge that are essential to retain the home care clients. In addition, the caregivers’ poverty and the subsequent lack of awareness and poor interpersonal skills put them at a higher risk of being exploited, abused, or harassed in the informal home care market that lacks any form of binding client-caregiver agreements that protect them. Exploitation can take the form of wage-bargaining, long working shifts, denying their right to take off on weekends or holidays, late payments, unpaid overtime or extra services, or improper working conditions.

The above has proven to cause burnout and mental health issues, which affects their long-term employability, deprives them much needed chances to be economically empowered, and affects the access to home care services that are an integral part of the healthcare system. In many cases, especially when the clients are working mothers who need access to at-home childcare services to be able to go back to work, failure to access quality homecare providers affects clients’ economic status, and subsequently the overall economic status.

In the MENA, we lack any published studies or statistics about such caregiver mistreatment or its effects on home care workers. In fact, such practices almost always go unreported, especially in the the informal home care employment. This may be attributed to the cultural factors, the lack of faith in the judicial system, the lack the needed policies that govern home care sector, and mostly the lack of awareness and/or skills needed to stand up for one’s rights.

Even in more developed countries like USA and Canada where the health authorities have done much better job in organizing the sector and where the laws are well-enforced, violence problems are prevalent.