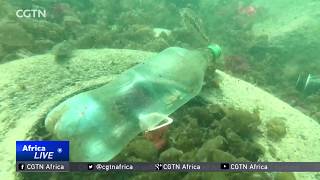 In 2050 there will be m ore plastic than fish in the ocean. "8 million tons/year of plastic into the sea"

80% of tuba contain plastic in their gut.

This means that we are eating plastic, becasue we eat seafood.

I'm creating a better way to move with the public transportation and in the same time reducing plastic waste.

The poorest countries are also the dirtiest one below a list:

This is the time to make the change and help both, the population and the world.

The eTT is the little but with big impact innovative solution.

other facts source from:

About 8 million metric tons of plastic are thrown into the ocean annually[1]. Of those, 236,000 tons are microplastics[2] – tiny pieces of broken-down plastic smaller than your little fingernail

There are five massive patches of plastic in the oceans around the world. These huge concentrations of plastic debris cover large swaths of the ocean; the one between California and Hawaii is the size of the state of Texas[3]

Every minute, one garbage truck of plastic is dumped into our oceans[4]

Plastic is found in the ocean as far as 11km deep, meaning synthetic fibers have contaminated even the most remote places on Earth[7]

Many marine organisms can’t distinguish common plastic items from food. Animals who eat plastic often starve because they can’t digest the plastic and it fills their stomachs, preventing them from eating real food[8]